How About THIS
For a Gem of a Story? 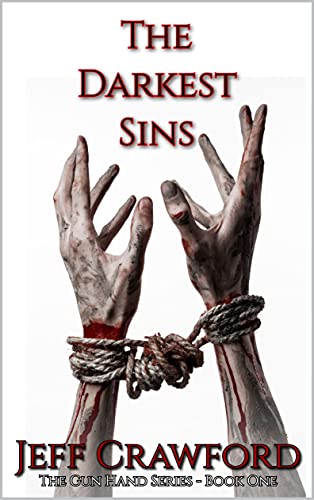 When I take a break from my usual literary diet of sci-fi, fantasy, paranormal, and straight out horror, I always seem to swing toward a good thriller. Imagine my joy, then, when I came across the blurb for The Darkest Sin, the first in Jeff Crawford’s The Gun Hand Series:

One-time drifter, Walsh Ritter, suddenly finds he has a taste and talent for doing the things most would never consider, being a gun hand… a killer for hire. Having the requisite skills and a lack of conscience propels him to the top of the pile of men who do this type of work. A small fortune is offered to him by a ruthless mining baron, but the cost to his sensibilities is too high.

In a wasteland area of Texas known as the hardpan, a man lives in isolation waiting for the final piece of a deranged puzzle to appear. Bascom Isley was banished from the monastery for his insane and heretical theories.

An innocent, but grave and horrible mistake on the part of Bascom, will force Walsh Ritter to not only confront a darkness from his past but become allied with the man he wants to kill so badly when the Mexican power-hungry warlord William Victorrio is pulled into this nightmarish triangle. Only in the final standoff will you see the depths of evil that men are capable of.

I don’t know about you, but when I stray into those genres I don’t often get to play in, I love being surprised. It’s like panning for gold in a brand-new river. And in The Darkest Sins, I hit the lodestone, as I found it to be an immersive, complex, and rather intriguing story.

As the blurb highlights, Walsh Ritter is a man who knows and accepts what he is. A killer, whose moral compass was smashed long ago. The thing is, he happens upon a job that reveals he might not be the heartless executioner he thought he was. And in his world, THAT leads to complications. Complications that see this steely, relentless, self disciplined and methodical predator reduced to nothing more menacing than impotent prey. A victim who ends up at the mercy of a deranged madman.

Now, I’ve been careful not to give too much away. However, what I will say is that the best psychological thrillers are those where the maelstrom of your own imagination is allowed to amp up the terror; the darkness; the fearful fascination of what comes next. And Jeff Crawford manages to hit that balance in a skillful way, as the scars of Ritters life and past mistakes are picked open, rubbed raw, and liberally doused in ant-riddled salt.

This really is a journey of self-discovery. One where you accompany Ritter in taking each bloody, crushed glass in the soles of your feet step as he struggles to free himself from a nightmare made flesh.

A gem worth digging for. 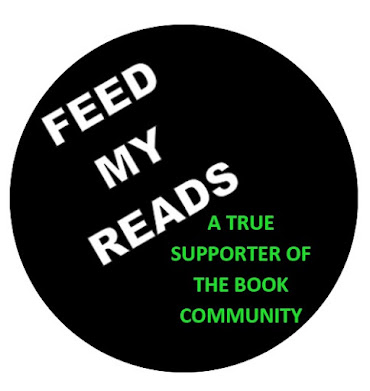 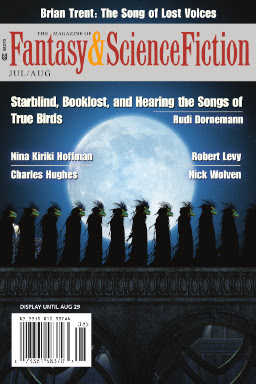